Remember that time I made an ass of myself on Kardinal Offishall's Instagram feed?

It was the morning of November 27, 2017. I woke up with the sun and sashayed out to the living room to watch its ascent through my twenty-seventh story window overlooking Lake Ontario and the Toronto Islands, from under the cover of cozy blankets on my very comfy couch. All snuggled in with my coffee, I launched Instagram on my iPhone, and directed my gaze toward the first post in my feed. It was a post by Kardinal Offishall bigging-up fellow-Jamaican native Davina Bennett, who had competed the previous evening in the Miss Universe pageant and finished as second runner up--you may have seen the Tweetstorm that I missed. The post, accompanying an epically beautiful photo of her, read as follows:

"There is now (sic) way @davina_bennett_ shouldn't have won last night...natural hair, no bleachin'--as @sparklebabyofficial seh, that body full up a bare steam fish, okra, and dasheen plus she's super intelligent (most important)! But we know what it is already. They ain't ready for natural to be the actual just yet...soon time though. Jamaica know who the real #winner is!"

To which I chimed in, in my not-quite-awake-yet state:

"Beauty pageants are bullshit anyhow. She's goddamned STUNNING. That said.. I'm sure there are a thousand more layers to her than the outer one. She achieved something by getting there and the acknowledgment of her specific exterior beauty is significant (I realize that). But, where she's a winner is in her own heart and mind. F**k anyone who doesn't see and understand that."

Kardi responded good-naturedly and we had a laugh through exchanging a few more comments. But, it all sunk in a bit further and I ended up really feeling like an asshat.

I'm not a black woman--NEWS FLASH! I've never competed in a pageant. I'm not from Jamaica. I don't actually know anything about Davina Bennett aside from a few details I learned from Google in the hours that followed the Instagram exchange. Yet, in my moment of righteous indignation, believing I was sharing my deep and profound wisdom (/sarcasm) in support of her, I instead minimized her personal achievement and spewed some kinda icky juju onto what Kardi (obviously) intended as a shout-out of loving kudos. That may not have been my INTENTION, but when I sat back (more wide awake) and thought about it (for the entire rest of the day, feeling like a total nitwit all the while), I realized that's what I had inadvertently done. As I pondered the personal motivations I hadn't taken the time to stop and check BEFORE posting my remarks, I began to feel ever-so-slightly sick to my stomach.

Sometimes I get too attached to the idea of myself as a wizened old sage, doling out philosophical gems for those in my midst to pick up and adorn themselves with as they see fit. It's not calculated. It's often unconscious in the moment of passionate expression of ideas. Still.. I could stand to get over myself a little bit. That uncomfortable truth and I wound up in a bit of a staring contest that day.

Reminder: I'm not a black woman. I'm also not a brown woman, or an Asian woman, or an Indigenous woman. I am a white woman. Further to that, I am a Canadian white woman from an upper-middle-class family. I have never lived in poverty or in a country perceived to be anything other than "first world". I have never gone hungry. I have never been without a warm home, comfortable bed, and brand name (and sometimes designer) clothes on my back. Sure.. I have been on the receiving end of sexism, objectification, sexual violence, and physical and emotional abuse--my life hasn't been a sunshine and lollipop-soaked frolick through fields of daisies. But, it also hasn't been one of marginalization or lack of privilege. And, I damned sure have never been overlooked, shunned, made to feel ashamed, assumed to be less worthy or less qualified or less intelligent or more likely to commit a crime based on the colour of my skin or the texture of my hair.

Now, I'm not going to make any assumptions whatsoever about the kind of upbringing and experiences Davina Bennett may have enjoyed or endured over the course of her life. To do so would only dig my hole deeper. But, I'll say this..

I should have just paused a beat and then kept my thoughts to myself. They weren't helpful and they may have been harmful.

It's easy for me to forget that a socially-aware, philanthropically-motived, black woman, speaking out for the deaf community, showing up on stage in front of millions of viewers as her gorgeous self without the use of hair relaxers and other modifications to her natural beauty, effectively winning (or coming that close to winning) the Miss Universe pageant is a big deal. It's easy for ME to forget because I don't need to remember. I'll bet its far less easy for Davina and those who see her as a role model to forget.

Reflecting as I was over the course of the day, I thought back to a time in my life when I was dating a Trini boy and I was introduced to his broader community when I accompanied him to a family wedding. Not every girl there rolled out the red carpet for me. I received more than a few stares and glares over the course of the day and evening and, when I asked him why, he patiently explained to me (naive as I was) that him dating a white girl felt like a betrayal to some of them. He went on to tell me how growing up they didn't ever see women who looked like themselves in television shows, in Hollywood movies, on the covers of the fashion magazines, in the baby doll toy aisle at Sears, and that by him, a black man, choosing to date me, a white woman, rather than a beautiful, intelligent, articulate, powerful woman from his own tribe (his words, not mine), he was adding salt to an already gaping wound.

Now.. I cannot speak for those women. I can't really say for certain if that was the reason. Maybe they just thought I was kind of a jerk. But, still.. I pretty much had to take his word for it--we were in his world, not mine and he was, and still is, highly attuned to the complexities of what it is to be human within the social structures in which we exist (are confined). What he said left a deep imprint upon me. Once I knew, I couldn't NOT know. Once I was exposed to a point of view I'd never before had to consider, I couldn't be unexposed. And, I had to change my thought patterns as a consequence. I had to up my ante of awareness and I've had to keep upping it ever since. Vigilantly.

And, sometimes I still forget.

Because that's what white privilege allows for, isn't it?

The luxury of forgetting.

That morning I forgot.

I wanted to be helpful and in the process I overlooked what the event and the hard work and the dedication that led up to it meant to Davina. I overlooked the real message that Kardinal was sending and I inadvertently made it about my own beliefs and then foisted them upon them both and anyone else reading the thread.

That was self-centred and thoughtless of me.

Davina and Kardi, I humbly apologize. 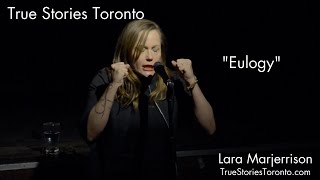